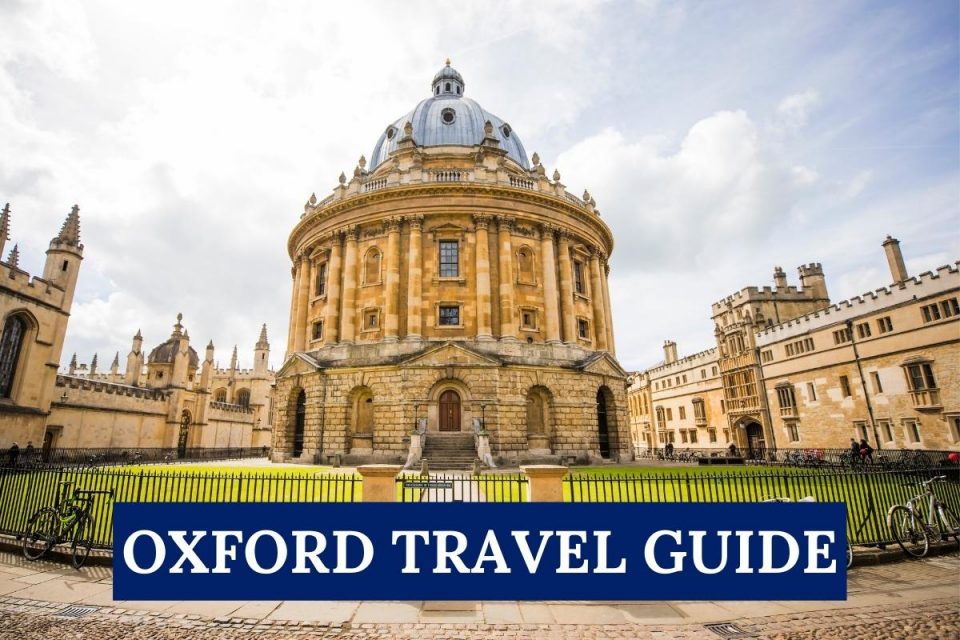 By now if you already read stuff about Oxford in England you may have come across the term they like to talk about always which is “dreaming spires.” Over all the architecture of the entire city is stunning, but if you will visit one of the most beautiful places in all England, then you are going to need to add more to your information and knowledge to the place.

Of course, accommodations will always start and ends with your budget, lifestyle and taste. If you are alone and not bringing in a lot of family members then there are a lot of hostels that can accommodate you. I tried out the Oxford Backpackers, one of the cleanliest and friendliest hostels in Oxford and it is situated near the train station and in the center of town.

Another of these accommodations is the Nanford Guest house located almost just a few blocks from the city center. They have great bedrooms and flourishing furniture’s in their rooms. If hotels and inns are not your taste, why not use many of the colleges and universities that offer lodging to travelers and tourist. Oxford is known for its best-educated centers and you will be seeing a lot of these college towns that offers bed space.

If you want a real hotel, I can suggest Randolph hotel, which is a nice addition to the fine hotels I ever went into.

Dining and drinking in Oxford

Oxford is known to be a traditionally English city but its fine dining offering is without a doubt one of the world’s best. If you want a hearty quick lunch, then the city-covered market in the center of the shopping district is the place to try out. Everything found in a picnic basket can be bought there. The city hosts traditional English cuisine like pub fares, French bakeries, cafes and other English based dining culture. However there are more exotic fine dining available too, these are the Chinese, Mongolian, Indian, Malaysian and Japanese foods.

In Oxford, you can see a lot of the traditional pubs and sound thumping clubs like any other western civilization culture. Since a lot of students frequent these pubs, it is a sure-fire party and fun atmosphere. One of the unique pubs in Oxford is the Turf Tavern; it is one of the oldest operating pubs in the city proper. Bird and Baby is another famous pub and tavern known with rich history. This pub is favorite by J.R.R. Tolkien and C.S. Lewis; it is a good place for authors and bright minds to spend hours contemplating on their next book.

Where to find great art and entertainment in Oxford?

Last on the list is to appreciate arts in Oxford. Sunday mornings are greeted with coffee concert recitals in the Holywell Music room and any other places that host a large concert hall like the one found in the George Street. There are also a lot of castles in Oxford, which holds plays for Shakespearean plays and host tours in which you can try out.

Learning What Is Real Estate

A Quick Travel Guide to San Francisco and Surrounding Areas