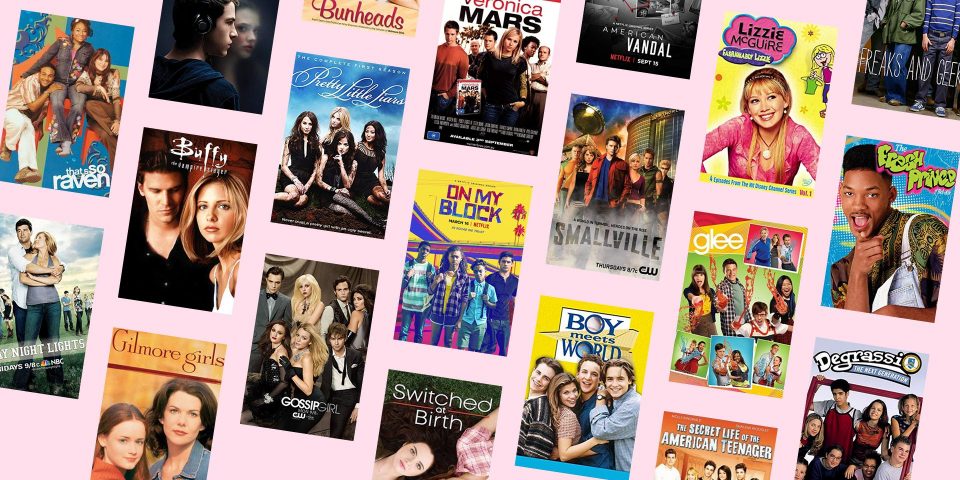 The fall TV season is about to begin and end the rerun season. With no strike worries this time, we can enjoy this TV season with no worries. But thanks to the strike, there aren’t as many new pilots this time around. Still, some new favorites and old favorites are coming back to TV soon to end our latest break without TV scripted shows. Here are the new and old shows to except for each day of the first half of the TV season. You could then relax and enjoy some fun game of golf using clubs from https://www.golf-clubs.com/.

September 1
FOX: Prison Break– 8 PM: Incredibly, people can spend four seasons doing not just one prison break, but two. But with the latest prison break done, Michael, Lincoln and the gang wage war with the Company and find out Dr. Sara still has a head after all.
CW: Gossip Girl– 8 PM: Insert three and four letter text here as the gossipers return to do battle.
CW: One Tree Hill– 9 PM: The young stars of this soap face another season and another year closer to 30 years old.

September 2
CW: 90210– 8 PM: The infamous neighborhood is back for more young people to have sex in, banter in, and create sudsy plot lines in.

September 3
FOX: Bones– 8 PM: Bones, Brennan return with their team- minus one serial killer’s assistant- to solve crimes and push the “will they or won’t they” envelope some more.
CW: America’s Next Top Model– 8 PM: Tyra Banks goes back to one of the bigger elements of her budding media empire along with brand new promising models.

September 5
FOX: Are You Smarter than a 5’th Grader?– 8 PM: The answer to that question continues to degrade most anyone over 20.

September 8
FOX: Terminator: The Sarah Conner Chronicles– 8 PM: Arnold continues to be left in the dust as the Conners and their futuristic friends keep fighting more metal guys.

September 9
FOX: Fringe– 8 PM: J.J Abrams has yet another new show, but this one can’t be filled with mysteries and unending supernatural questions again, right? Apparently so, as Joshua Jackson, newcomer Anna Torv, and scene stealer to watch John Noble test their Abrams mettle.
CW: Privileged– 9 PM: The young and beautiful strike again on the CW, as a young journalist gets stuck tutoring two cosmetic heiresses.

September 10
FOX: Til Death– 9 PM: Brad Garrett still has some family bickering left to do, believe it or not.
FOX: Do Not Disturb– 9:30 PM: A hotel offers various chances for Jerry O’Connell, Niecy Nash and other staff members to cause havoc.

September 16
FOX: House– 8 PM: Despite some tragic setbacks at the end of last season, Dr. House and his brutal tongue are back to cure all obscure, medical jargon filled diseases.

September 18
CBS: Survivor– 8 PM: Yes, there are still some exotic locals that can pass for a deserted island left for Jeff Propst and his ever changing gang to conquer.
CW: Smallville– 8 PM: Is he officially Superman yet?
CW: Supernatural– 9 PM: Sam and Dean still haven’t spent some nice, non-monster related brother time lately.

September 22
ABC: Dancing with the Stars– 8 PM: Place your bets for whichever B or C celebrity will get some final 15 minutes of fame.
CBS: The Big Bang Theory– 8 PM: Nerd power brought this show back for a second season.
CBS: How I Met Your Mother– 8:30 PM: Barney and friends might actually be joined by “The Mother” this season when Sarah Chalke returns.
NBC: Heroes– 9 PM: With the second season willingly wiped clear from fans memories, will new non-Sylar villains return Hiro, Peter, HRG and Claire to super power?
CBS: Two and a Half Men– 9 PM: Charlie Sheen and Jon Cryer keep going as Angus T. Jones gets closer to officially becoming more than a half man.
CBS: Worst Week– 9:30 PM: Our latest “Britcom” remake has an engaged couple go through a week of Hell with the in-laws, jam packed into a full season.
ABC: Boston Legal– 10 PM: Alan, Denny and Schmidt begin one more season of big, anti-conservative grand standing courtroom speeches. Denny Crane.
CBS: CSI Miami– 10 PM: The over under on one liners Horatio says as he takes off his glasses is 25.

September 23
CBS: NCIS– 8 PM: Another procedural show tries to shake things up by breaking the head team apart for a while.
CBS: The Mentalist– 9 PM: Simon Baker as a grandstanding police consultant/discredited psychic who can solve crimes via observation- like a cop drama version of Psych.
NBC: Law and Order: Special Victims Unit- 10 PM: Read the news headlines before they are turned into hour long drama.
CBS: Without a Trace– 10 PM: People continue to be found almost out of nowhere.

September 24
NBC: Knight Rider– 8 PM: No Hoff, no ratings for the TV movie version last year, no problem?
CBS: The New Adventures of Old Christine– 8 PM: Julia Louis Dryfess continues to keep the Seinfeld curse off her back.
CBS: Gary Unmarried– 8:30 PM: Jay Mohr and Paula Marshall get along fine- at least after they’ve stopped being married.
CBS: Criminal Minds– 9 PM: Who on the team will live to see gruesome dead bodies another day?
NBC: Lipstick Jungle– 10 PM: Brooke Shields, Kim Raver and friends have a full season to take what they didn’t already get from Sex and the City.
CBS: CSI New York- 10 PM: The CSI with it’s most original cast members still left is back.

September 25
NBC: My Name Is Earl– 8 PM: After a year of jail and a dangerous new marriage, Earl finally gets back to the list.
ABC: Ugly Betty– 8 PM: Can filming in New York City bring some beauty marks back to the show?
NBC: The Office– 9 PM: The Jim and Pam saga continues, Dwight, Angela and Andy take it up a notch themselves, and Michael prepares to father Jan’s sperm baby while romancing Amy Ryan, returning as new HR girl Holly.
ABC: Grey’s Anatomy– 9 PM: Allison and Derek are together again for the latest time, so maybe the show can go a full season without any off screen messes this time.
NBC: ER– 10 PM: One final season of the everyday drama, turmoil and occasional shootings at the ER.

September 28
ABC: Extreme Makeover: Home Edition– 7 PM: It’s time for those buses to get moving again.
CBS: The Amazing Race– 8 PM: Still amazing, apparently.
FOX: The Simpsons/King of the Hill/Family Guy/American Dad: 8-10 PM: The animated crazy families are back for what feels like the Simpsons’s 200’th season, and the 100’th for the Seth MacFarlane empire.
ABC: Desperate Housewives– 9 PM: Another ABC serial borrows the flash forward technique to inject new life in it’s final few seasons.
CBS: Cold Case– 9 PM: More dust is lifted off old forgotten murders.
CBS: The Unit– 10 PM: Continuing to have a higher success rate than it’s real counterparts.
ABC: Brothers and Sisters– 10 PM: The booze and family comic/sob stories continue to fly, and it even sucks in a new Walker.

September 29
NBC: Chuck– 8 PM: The world’s most valuable mind continues to be put through crazy spy stuff and slightly less dangerous super store work. But with a full season this time, Chuck’s enemies- and Agent Casey- have more time to break that super secret head.
NBC: My Own Worst Enemy– 10 PM: The latest Jekyll and Hyde update has spy elements to it this time as Christian Slater is a mild mannered man by day and a dangerous operative at night.

October 1
ABC: Pushing Daisies– 8 PM: The latest “best show you’re not watching” brings Ned, Chuck, Emerson, Olive and more chatty dead bodies back to change that.
ABC: Private Practice– 9 PM: Dr. Addison is back in with her new cast of friends.
ABC- Dirty Sexy Money– 10 PM: Another round of decadence with the Darling family.

October 9
CBS: CSI– 9 PM: The final days of Grissom begin.
NBC: Kath and Kim– 9:30 pm: The barely-passing for mother and daughter duo of Molly Shannon and Selma Blair try to add to NBC’s single camera comedy lineup.
CBS: Eleventh Hour– 10 PM: Jerry Bruckheimer goes sci-fi as Rufus Sewell is our last line of defense against the evils of science.
ABC: Life on Mars– 10 PM: The most altered and changed around pilot of the season may eventually find time to try and adapt the famed cult British series about a comatose man stuck in the past.

October 30
NBC: 30 Rock– 8:30 PM: And last but not least, Tina Fey, Alec Baldwin, Tracy Morgan, Kenneth the Page and another array of big time guest stars are finally back.

Decisions That Can Make A Business More Successful